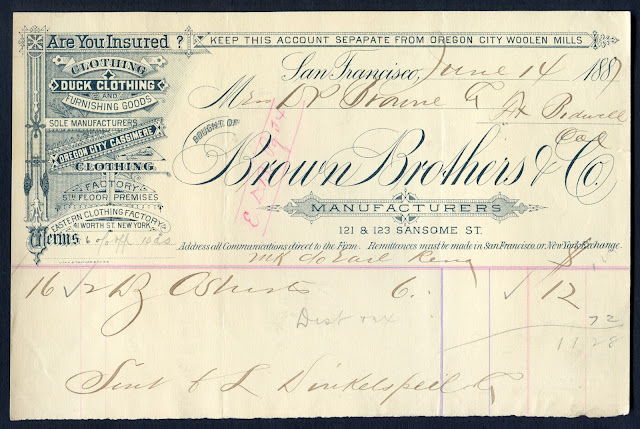 These billheads are signifacant because they are both addressed to a person at Fort Bidwell. Fort Bidwell was a historic post, strategically located in the northwestern corner of the state, and was intended to hold in check the marauding Indians of northeastern California, southern Oregon, and western Nevada, and to protect the travel routes into eastern Oregon and Idaho. Originally called Camp Bidwell, it was named for Major John Bidwell, California Volunteers, a veteran of the Mexican War, and a pioneer California settler Abandoned early in 1865, it was reestablished as a log built two company post on July 17, 1865, close to its original situation on a new site selected by Major Robert S. Williamson, Corps of Engineers. Major General Irwin McDowell, the department's commander, then referred to it as a fort, but officially it was designated as Camp Bidwell until April 5, 1879, when it became Fort Bidwell. 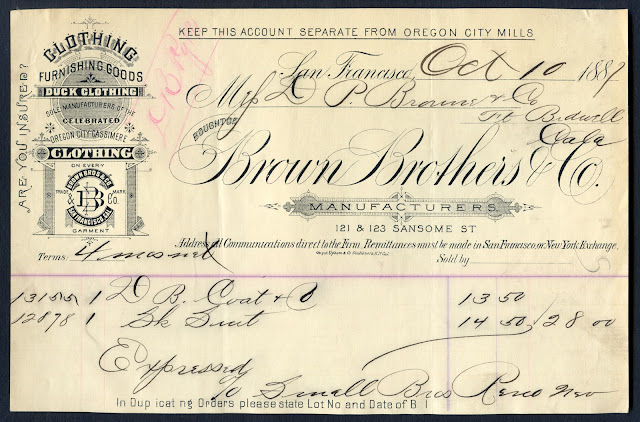