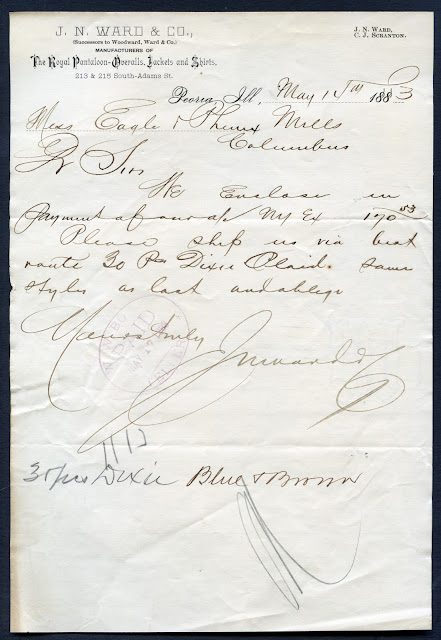 Letter from J.N. Ward & Co., Peoria, Illinois to the Eagle & Phenix Mill, Columbus, Georgia. Ward was the manufacturer of The Royal Pantaloon-Overalls, Jackets and Shirts. He was formerly part of the firm Woodward, Ward & Co. which was established in 1877.

J.N. Wards biggest claim to fame seems to be all the press (mostly negative) he got in 1902 after 122 women from his company went on strike after he told them he wouldn't use any union workers. Just about every union trade magazine reported on the strike.

Below is the letter and union response which appeared in the April 1902 Locomotive Fireman's Monthly.

The strike was settled later that year, but to much less press. 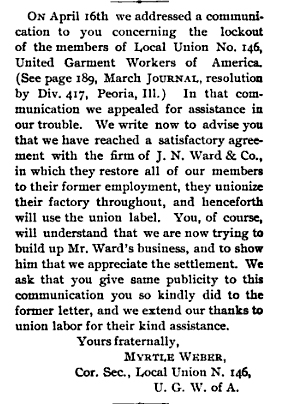