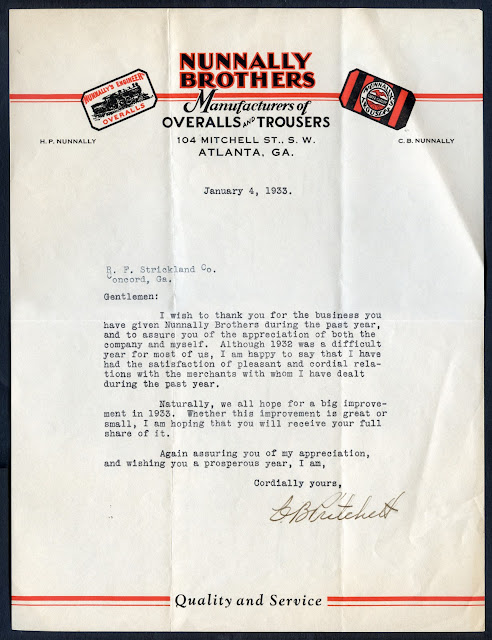 Brief, but interesting letter between Atlanta overall company, Nunnally Brothers and R. F. Strickland Company of Concord, Georgia. The letter dated January 4, 1933 thanks Strickland for their business during a difficult year. This is an obvious reference to the Great Depression which was hurting just about everyone at this time. Nunnally Brothers Overalls and Trousers was founded by Hugh P. Nunnally and his brother, Charles B. Nunnally. An odd side bar to this piece is the home of Hugh Nunnally is a famous landmark in the Buckhead section of Atlanta. It hosted Clarke Gable and Carole Lombard during the premiere of Gone With The Wind. There's actually more information on the home than there is on the company.