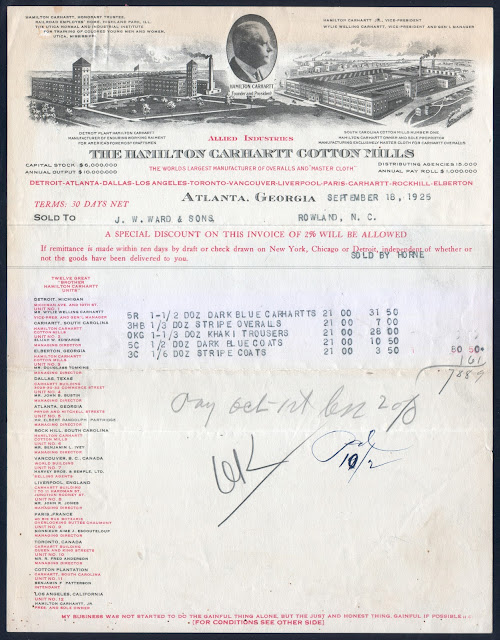 Hamilton Carhartt & Company was established in 1884 as a furniture maker. In 1889 Carhartt changed over to making apparel for working men. In 1905 the company was incorporated as Hamilton Carhartt Manufacturer, Inc. In 1910 this changed to Hamilton Carhartt Cotton Mills. The invoice show featured here is dated September 18, 1925. This is pretty significant for Carhartt because it is the year they opened a plant in Paris, France, as see on the mill, factory and warehouse map on the reverse. It's interesting to see how far Hamilton Carhartt's reach extended. Along with Paris, the company also had a plant in Liverpool, England. 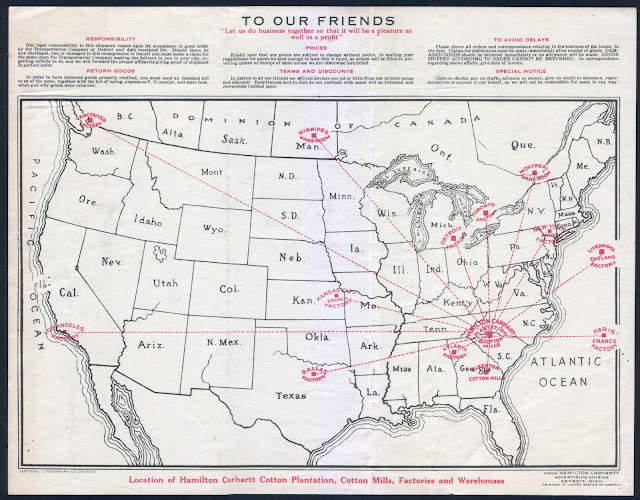