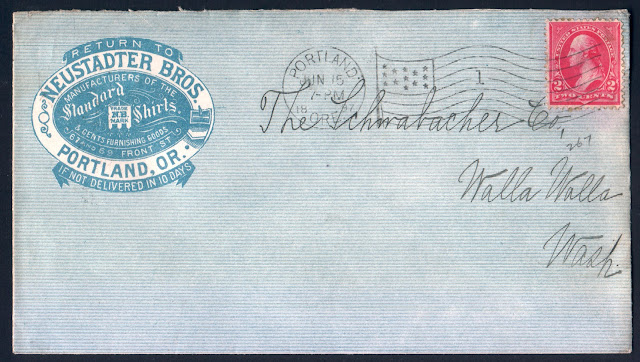 Great advertising envelope from Neustadter Brothers in Portland, Oregon. The cover highlights the company's Standard Shirts and Gent's Furnished Goods. The cover is postmarked on the front and back. The front has a date of June 15, 1897 out of Portland, Oregon and the back is dated with what appears to also be June 15, 1897 from Walla Walla, Washington. The Portland branch of Neustadter Brothers was founded in 1878. The envelope is addressed to another prominent firm, The Schwabacher Company of Walla Walla. The Schwabacher's were Bavarian Jewish merchants that were a key part in developing the Northwest Territory, which later became Washington State. Along with Walla Walla, they owned stores in San Francisco and Seattle. Their store in Walla Walla was considered the finest north of Sam Francisco. For more detailed information on the Schwabacher family and business history click here. 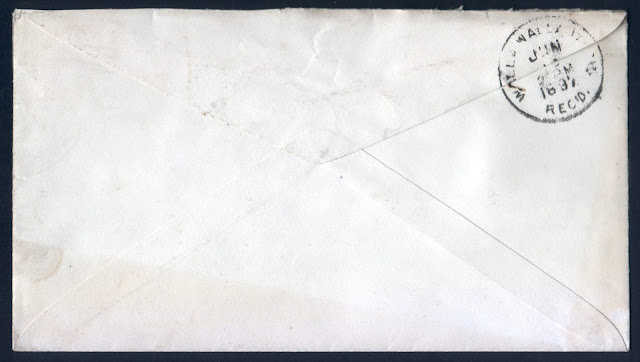