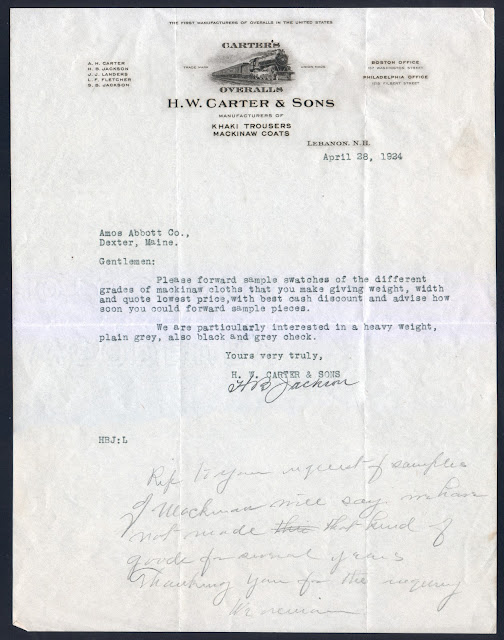 Letter from H.B. Jackson of H.W. Carter & Sons to Amos Abbott Company in Dexter, Maine dated April 28, 1924. In the letter Jackson requests Mackinaw fabric samples. Amos Abbott Co. was one of the oldest and largest mills in Maine. They were established by Amos and Jeremiah Abbott in 1836 and closed in 1975. As expected from Carter & Sons, another great train image appears on this letter. The top line of the letter is pretty interesting. "The First Manufacturers of Overalls in the United States." Other than being the manufacturers of overalls, this letterhead also highlights khaki trousers and Mackinaw coats.